Pass on that puff: Smoking slows bone healing and increases the risk for fractures

It may seem hard to believe now, but in 1965, half of all Canadians smoked cigarettes. People would smoke all over the place — in cars, movie theatres, restaurants, airplanes — really anywhere people went about their daily lives. 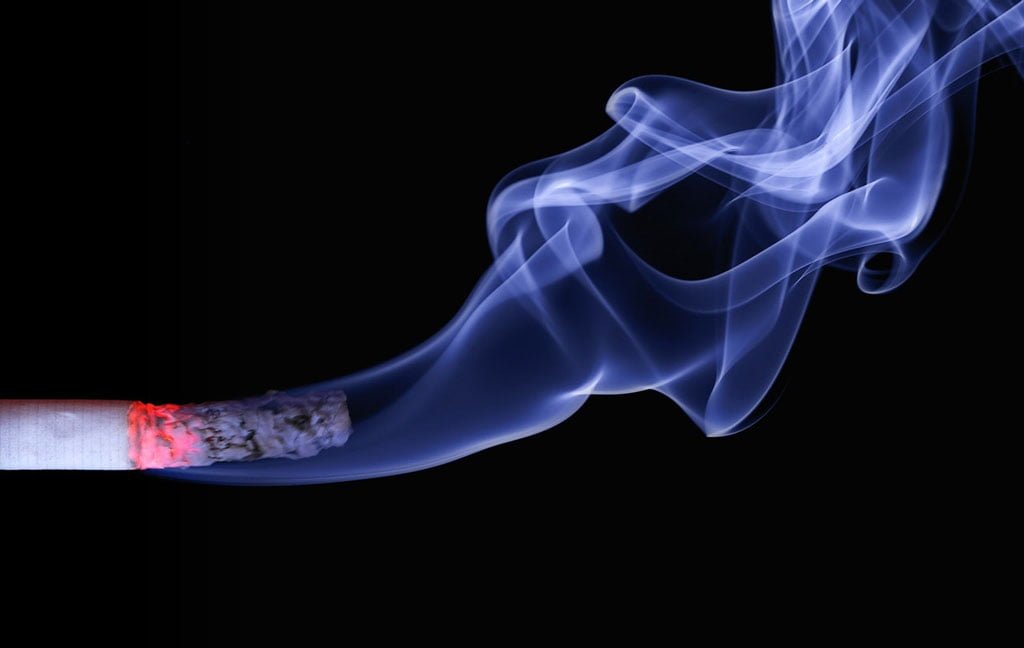 Knowledge about tobacco use and its effects has been evolving for hundreds of years. In the 19th century, it was even believed that smoking tobacco could ail health conditions like asthma, bronchitis, and influenza. Advertisements began in 1930 featuring doctors recommending that people smoke cigarettes.

It has been known for around 70 years now that smoking causes lung cancer and this is now common knowledge. But did you know that smoking can increase your risk of breaking a bone and that it takes longer to heal that bone?

Light smoking is on the rise

Currently, only 15% of Canadians smoke cigarettes, but that’s still five million people! Plus there are millions more people affected by second-hand smoke.

We are learning more and more about how smoking affects the whole body. Smoking can cause harm to the entire musculoskeletal system — that’s your bones, muscles, joints, ligaments and other connective tissues in your body.

How dense are your bones?

Bones are not dead — rather they are made of living tissues that break down and then rebuild. Smokers have lower bone mineral density; bone density measures how much tissue is in your bones and indicates how strong your bones are.

Dense bones are genetically determined, meaning people in your family will have similar bone composition. But our bones start becoming less dense at around 30 years old — the time when we’ve reached peak bone density. When the body uses up the calcium stored in our bones and the bone cells are reabsorbed by the body faster than new cells are made, the bones lose density and become thinner and weaker.

Women generally have lower bone mineral density than men, their peak bone density is weaker, and hormonal changes during menopause speed up bone loss. This is why women are more prone to developing osteoporosis. Osteoporosis Canada states that “at least one in three women and one in five men will break a bone due to osteoporosis in their lifetime.”

Smoking speeds up that process of losing bone mineral density, making your bones weaker and more likely to break. Smoking decreases the absorption of calcium and vitamin D and affects hormone levels. It’s been found that smoking causes low bone mineral density, especially in menopausal women. But now it’s recognized that smoking is also a risk factor for bone loss in men 50 years or older.

Smoking can increase your risk for spine and hip fractures. Hip fractures are deadly — with mortality rates as high as 24% reported in the year after the break. Studies have reported that a 50-year-old woman may have an equal chance of dying from a hip fracture as from breast cancer.

Some bone fractures require surgery, depending on the severity of the break. Cigarette smokers are more at risk to have complications before, during, and after undergoing surgery. Smokers need more oxygen after surgery and for a longer time than non-smokers.

Cigarette smoke contains more than 4000 chemicals, some of which encourage bacterial growth and restrict the flow of oxygen to the damaged tissues. Any wounds or surgical incisions take longer to heal when smoking and are more prone to infection. Because of this, minimally invasive surgery is recommended.

Most bones can heal fractures on their own without surgery, but smoking affects these processes. Fractures that achieve union are those that have healed in an expected length of time. Whereas a delayed union takes longer to heal and a nonunion is when a bone fails to heal on its own and may require surgery. About 5% of bone fractures fail to completely heal and then progress to nonunion.

All patients are encouraged to quit smoking, especially before and after surgery. Long term smokers may have permanent artery damage, which causes poor blood flow to the area of the body with the fracture. But quitting smoking does seem to improve healing, especially when younger.

Low-Intensity Pulsed Ultrasound (LIPUS) has been shown to improve healing of fractures in people who smoke. LIPUS devices can be placed directly on the skin above the fracture to deliver a mechanical force to stimulate bone healing. Ultrasound therapy does not hurt or cause any harm to the body. Most patients do not feel any sensation, while a few might experience a slight tingly feeling. The best part is that ultrasound treatment only takes twenty minutes a day and can be done at home without medical supervision.

LIPUS treatment has even been shown to accelerate healing more in smokers than non-smokers. A study found that LIPUS therapy healed shinbone fractures 38% faster in nonsmokers, but 41% faster in smokers. Pre-clinical models prove that LIPUS devices, such as Melmak, promote the growth of new blood vessels which bring more blood flow to the affected tissues.

LIPUS fracture healing is available to all Canadians through Medlines Inc. which rents the devices with a subsidized program for patients without insurance. Many insurance companies, including the Workers’ Compensation Board, cover the cost of the Melmak device. Fracture Healing also provides one-on-one training to get you back to feeling better sooner.

To improve your health, it’s always best to quit smoking as early as possible. If you do smoke and have broken a bone, contact Fracture Healing or Medlines Inc. to learn more about the benefits of ultrasound therapy.