Jones Fractures: Why a small bone in your foot can be the hardest to heal

Our feet are one of the most complex body parts we have. They’re made up of 26 different bones connected by many joints, muscles, tendons, and ligaments. And because they literally propel us through life, they can be under a lot of stress. 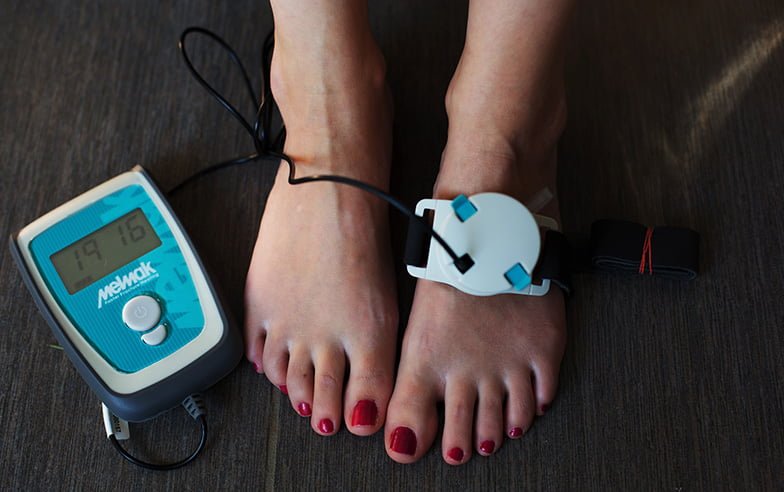 Unsurprisingly, our feet are very susceptible to injuries and one bone, the fifth metatarsal bone, is the most common site of stress fractures in the human skeleton. The Jones fracture is a particularly tricky break of this long foot bone because it has the most difficulties healing due to its location and poor blood flow in the foot.

Bones that help us balance when standing or walking

Foot fractures are among the most common foot injuries and account for 10 percent of bones people break. Our feet are susceptible to many stresses from our daily activities, including from walking and running. Foot problems can cause pain, inflammation, or injury and should be taken seriously as foot issues can result in limited movement and mobility.

We have five long bones in each foot, called metatarsal bones. They’re the ones you can feel on the tops of your feet connecting your ankle to your toes. The metatarsal bones help us balance while standing or walking. Since we use them all the time, these bones are easy to injure due to overuse.

Traumatic injuries of the metatarsals are common after a sudden impact or severe twist of the foot. Of all broken bones treated in primary care, five to six percent are metatarsal fractures.

These can range from simple fractures of one metatarsal bone to a serious injury of the foot with bones crushed with many fractures.

The fifth metatarsal bone — the site of Jones fractures

The fifth metatarsal is the one on the outside of the foot that connects the ankle with the pinky toe. It is slightly different from the other metatarsal bones and bulges slightly at the base.

A number of fractures can happen to the fifth metatarsal bone, including an avulsion fracture. In an avulsion fracture, a small piece of bone is pulled off the main portion of the bone by a tendon or ligament. Usually this is a result of rolling your ankle.

Jones fractures are the most severe fracture of the fifth metatarsal bone. A Jones fracture occurs near the end of this bone that is closest to the ankle. They can be either a stress fracture, a hairline break that occurs over time, or a sudden, acute break.

Jones fractures can be from a variety of causes, including overuse or repetitive activity that stresses the bone. These fractures could result from a trauma to the foot. They also can happen when jumping or changing direction quickly and twisting the foot or ankle the wrong way. Symptoms of a Jones fracture include pain, swelling, bruising, tenderness, and difficulty walking.

Why is it named the Jones fracture?

The Jones fracture was named after a doctor that liked to dance.

Sir Robert Jones was a Welsh doctor who was an early adopter of orthopaedic surgery and the use of x-ray technology. After he injured his foot dancing, he had assumed the injury was of a tendon in his foot. With an x-ray scan, he found that the fifth metatarsal bone had been fractured. Finding this same fracture in five patients, he published his findings in 1902 and this bone break became known as the Jones fracture.

The small area of the foot where Jones fractures happen receives less blood than the rest of the foot, which is why these fractures are so prone to difficulties in healing.

The most common site of stress fractures in the human skeleton

Athletes, especially runners, are particularly prone to metatarsal stress fractures — they account for 20 percent of lower extremity stress fractures. People who do sports like ballet, gymnastics, and high-impact aerobic activities can also break these bones in their feet.

The most common way to cause a fifth metatarsal fracture involves a fall from standing height or an ankle twist with the forefoot fixed. Direct trauma is also common in industrial workers who have a heavy object fall on their foot.

Treatment of a foot fracture depends on how severe the break is. Minor foot fractures can usually heal on their own within six weeks to a few months if kept in a cast and no weight is put on it. The RICE method is also essential — rest, ice, compression, and elevation. Your doctor may recommend pain medications for pain and physiotherapy to help regain strength and range of motion in your foot.

Severe fractures may need surgery, which could include installing of screws or plates. Surgery to fix Jones fractures particularly has high rates of complications but there are non-surgical options to speed healing. Low-intensity pulsed ultrasound (LIPUS) therapy has been found to have a success rate of up to 90 percent in healing delayed union of fifth metatarsal fractures, such as Jones fractures.

Designed for self-treatment, LIPUS devices can be used at home or on-the-go with no supervision from a medical professional needed. The device is positioned on the skin over the fracture site and operated with just a simple press of a button. The Melmak LIPUS device sends painless mechanical forces through the tissues to stimulate the bone to heal. Using it for just 20 minutes a day activates cell reproduction and protein expression, leading to faster healing of the fracture.

Medlines Inc. offers a subsidized rental program of LIPUS fracture healing devices for patients without insurance. LIPUS devices are available to patients directly or through a healthcare provider. We are the only Canadian distributor to provide this service and we look forward to working with you in healing your foot fracture.