Break a bone? It’s likely a clavicle. Here’s why collarbone fractures are the most common.

Throwing the perfect pitch. Hitting a tennis ball. Reaching something high off a shelf. These activities all include the use of your collarbones, which help form the shoulder and allow for a range of motion in your arms. But a collarbone break is the fracture most likely to happen to you, accounting for five percent of all adult fractures. And young men are the ones who break their collarbones the most often. 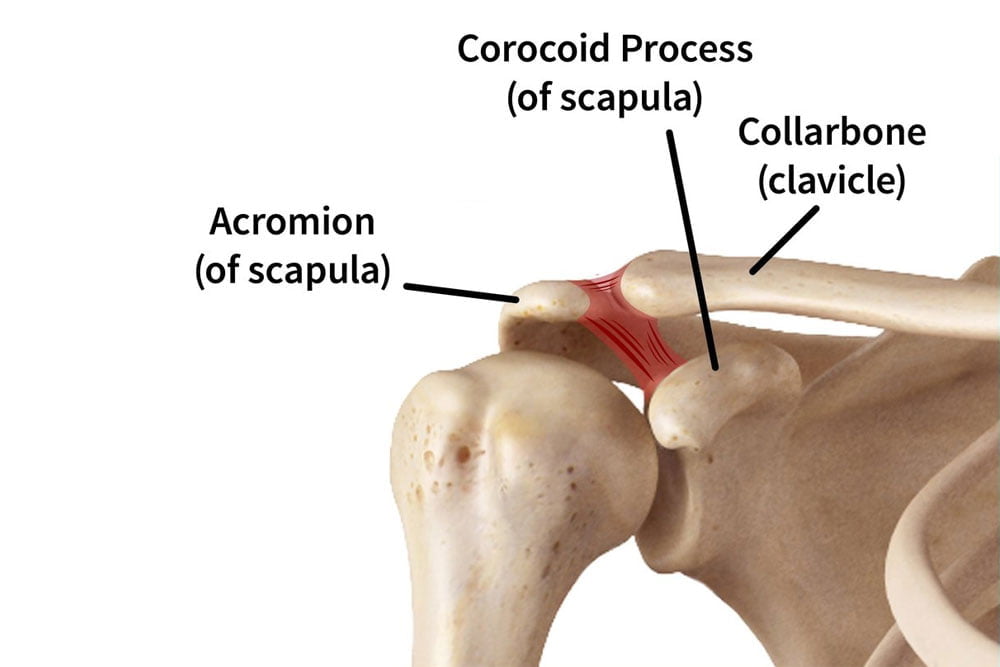 The collarbone’s connected to the arm bone

The clavicles, also called collarbones, span across the chest and connect your arms to the trunk of your body. They are curved, S-shape bones and the only long bones in our body that lie horizontally. We all have two collarbones — one on the left and one on the right, situated directly above the first rib. They form the shoulder and allow the arm to have a maximum range of movement.

Clavicles are slow-growing — they continue to grow from before we were born to our mid-twenties.

The only other animals that have collarbones are mammals with prehensile hands and feet, such as primates and raccoons, and bats. In birds, the clavicles are fused together into the wishbone.

A collarbone break is the most common fracture, especially among young men

Approximately 12,600 people break a collarbone in Canada every year, making it the most common fracture sustained. Fractures happen because of injury or trauma to a clavicle, especially at the midsection of the bone, and can be very painful.

The most common way to break a collarbone is to fall horizontally on your shoulder or on an outstretched hand. This creates enough pressure that the bone snaps or breaks.

Everyone can break a clavicle, but it is more likely to happen to young men. People under 30 years old are more likely to break a collarbone usually resulting from a high energy impact, such as in a car accident or sports injury. Males are more than twice as likely to fracture a clavicle as females, at a rate of 68% to 32%.

How do I know if I’ve broken a collarbone?

Clavicle fractures happen after a great amount of force is applied to the shoulder. The break can be very painful, so it may be obvious that something has broken.

Signs and symptoms of a clavicle break:

Healing the break and returning back to regular activities

Clavicle breaks are usually diagnosed with an X-ray; more severe fractures may require an MRI or CT scan. An ultrasound can be used to diagnose clavicle fractures in children. The X-ray shows the physician where the fracture occurred and the severity of the injury to the bone.

Some clavicle fractures can cause the bone to just crack or to break into pieces. The most common fractures are at the middle of the collarbone between the breastbone and the shoulder joint or near the shoulder joint. The least common break is towards the center of the body, near the breastbone. During some injuries, pieces of the bone can be moved out of place and surgery may be needed to realign the collarbone.

Healing of bones can take several months and the healing time varies based on age, health, complexity, and location of the break. Clavicles have thick periosteum, the outer layer of the bone, which doesn’t usually break and holds the bone together while it heals. Some clavicle breaks will heal with arm support (like a sling), ice, pain medicine, physical therapy, and time.

Severe breaks or bones that don’t heal themselves after three to six months may require surgery. Surgery is used to put the bone pieces back together and in the correct locations, and then preventing them from moving out of place until healed. Plates, pins, or screws may be used to properly position the clavicles. The end goal is to have a full range of motion in the arm on the affected side, without feeling any pain.

Studies have found that ultrasound therapy can accelerate healing. A delayed union is a fracture that takes longer than usual to heal but is expected to heal on its own without surgery. A nonunion is a broken bone that doesn’t heal on its own and may require surgery. (A healed bone is also called a “united” bone.) A study found that the overall success rate of healing fractures with ultrasound treatment for delayed unions was 91% and for nonunions 86%.

Low-Intensity Pulsed Ultrasound (LIPUS) is an ultrasound treatment that helps bone fractures heal faster. When placed against the skin at the fracture, a painless mechanical force is used to stimulate the bone through the tissue. LIPUS devices can advance healing in just twenty minutes a day — that’s shorter than most sitcoms — and are used at home without medical supervision.

Ultrasound fracture healing devices are available directly to patients and clinics through Medlines Inc., which distributes LIPUS devices in Canada with a subsidized rental program for patients without insurance. One-on-one training and help with insurance coverage are also provided. Medlines Inc. has more than 15 years of experience in the medical device field, specifically helping patients to recover from fractures and get back to your regular life activities sooner.