Gymnasts fly through the air, twisting and turning their bodies while putting themselves in the best position to stick the landing. It’s a graceful and awe-inspiring sport, but one that is incredibly hard on the athlete’s bodies – often young girls whose bodies are still developing. 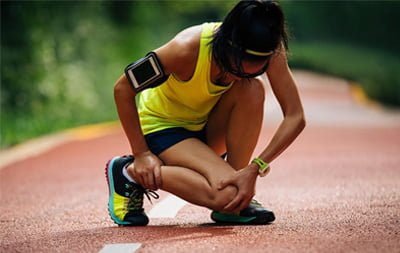 The training schedules of professional gymnasts are brutal and strenuous with long days and year-round training. Doing one back handspring isn’t too hard on the body, but imagine doing dozens in one day while practicing a routine. This extra stress on the bones of frequent, high-impact landings is why stress fractures are so common in gymnasts.

A hairline break caused by too much stress to the bone

Stress fractures happen when your muscles are too tired to take the impact of exercise and the bone instead absorbs the added stress. The bone develops a tiny break that’s known as a stress or a hairline fracture.

Stress fractures were first described in 1855 by German military surgeon J. Breithaupt who noticed painful, swollen feet in soldiers. They were initially called ‘marching fractures’ as they resulted from long days of training on their feet. New recruits, those whose bodies were not yet accustomed to this daily grind, especially showed these symptoms

Stress fractures are common in athletes, accounting for up to 20 percent of athletic injuries.

But they can happen to anyone and women are at a higher risk for developing these fractures. Bone mass density is lower in women than men and decreases with age. In general, women also have less muscle mass than men.

Signs and symptoms of a stress fracture

A bone can be broken in this way by any highly repetitive activity, especially when exercising too intensely or quickly. This could include pushing the body further than it’s used to in daily activities or not properly resting and then going straight back into sports play.

Stress fractures are more likely to happen in the lower limbs —  in the bones in our feet, ankle, and legs, often from activities like running and jumping. But these fractures can also happen in areas like the pelvis, neck, or hip. Wearing improper sports gear like worn-out running shoes can also increase the risk, as the bones are not well enough supported.

Symptoms of a stress fracture include isolated pain along the bone, cramping, and decreased strength. There is usually some tenderness or swelling in the area of the break. Pain may increase when using the limb, but if there is constant or excruciating pain, it’s likely a more serious bone injury.

It can be difficult to diagnose a stress fracture as they often don’t show up on an x-ray for weeks or even a month after the injury. A bone scan can show this type of fracture within a few days. For a bone scan, a very small amount of radioactive material is given through an IV to the patient. The material is absorbed in places where the bone is repairing itself — showing up as a bright spot on the scan. This isn’t a precise science though, as this spot could indicate a different condition like a bone tumour. The use of an MRI scan is the best way to diagnose a stress fracture and predict the recovery time.

Case study of an Olympic gymnast with a stress fracture

When someone breaks a bone, generally the treatment involves lots of rest, physical therapy, and a cast or sling to mobilize the bone. Stress fractures can normally heal this way on their own within six to eight weeks.

But athletes often don’t have the extra time to wait. Athletes need to get back on their feet and practice their sport quickly after being injured as their career can depend on it. But returning to the sport too fast, can be dangerous — the fracture can get worse or the athlete can sustain other injuries.

Low-intensity pulsed ultrasound therapy (LIPUS) has been shown to heal stress fractures faster by stimulating the fracture with mechanical sound waves. Researcher Jack E. Jensen, in the Medicine and Science journal, describes a case study of a stress fracture sustained by a gymnast and how LIPUS helped. The patient was a 14-year-old girl who was training for the Olympics and complaining of leg pain. An MRI scan revealed a stress fracture in the middle of her right tibia, also called a shinbone, which is a slow healing and difficult break to heal.

The gymnast was prescribed low-intensity pulsed ultrasound therapy, which involves using a small device at home that sends a painless mechanical force through the tissue to stimulate the bone. After only three weeks, the fracture had improved and she had only minimal tenderness at the site. She was allowed to start training again using the trampoline, tumble track, and swimming pool.

Four and a half weeks after beginning treatment, she was able to progress to full workouts and participate in a pre-Olympic trial meet with minimal discomfort. Just six weeks after the gymnast began treating her fracture with a LIPUS device, she competed in the Olympics and was instrumental in the United States women’s gymnastic team winning a gold medal.

Low-intensity pulsed ultrasound treatment has been shown to speed the healing of stress fractures in both athletes bound for the Olympics and the less athletically inclined. Melmak LIPUS devices only require twenty minutes a day of at-home treatment to accelerate healing.

LIPUS is a safe treatment, with no side effects, and the devices are incredibly easy to operate. Medlines Fracture Healing Inc. has more than 15 years of experience in helping patients recover from fractures. We are the only Canadian company that distributes LIPUS devices with a subsidized rental program. We also provide one-on-one training and look forward to discussing with you how best to heal a stress fracture. 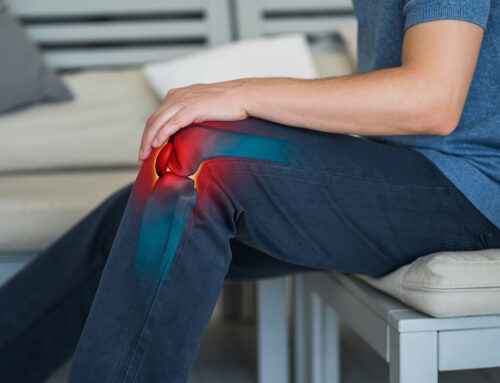 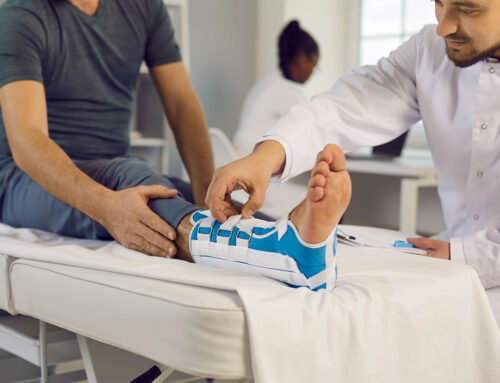 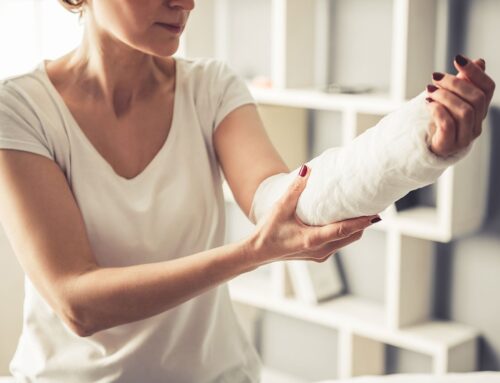 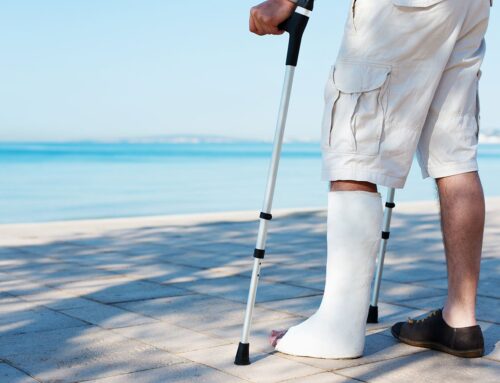